With a war raging on the surface, the dwarves pledge to delve deep and, as the master craftspeople they are, produce and supply whatever is needed. From humble beginnings, you start with a few, hurried dwarves who need to set up operations. Ultimately, your small clan of dwarves will be known throughout the Upper Realms for their skill, and the base will span kilometers.

Allies on the surface have all manner of requests. Dwarves may find themselves asked to craft oodles of silver swords against an oncoming vampire army. For an elf princess’s coronation, they’ll wish for nothing less than a Legendary Diamond-Encrusted Gold Crown of Divine Ruling +3.

Does Åglöf’s fancy ancestry clash with Vargskreva’s humble upbringing? Is your explorer afraid of the dark? Has your master crafter reached her Ballmer Peak? Exploit your dwarves’ strengths as well as their weaknesses to succeed.

Anyone can craft an iron sword; but only dwarves can haggle a Crystal Cave Dragon to sell her fiery plasma breath, pump it up to a Andthril Forge of Doom and use it to craft an... Iron Sword +2.

Technically, one could design doors and rooms roughly sized after the person using them, but that is not the dwarven way. A leeway margin of at least 5.25 meters is recommended in the Dwarven Architecture Handbook, but of course, that was written by a half-dwarf, half-environmentalist. Real dwarves need at least 11 meters.

Dwarven Beer Recipe: Farm wheat, preferably in a dry, but not barren biome. Grind it, put it in a lake, and boil for two weeks. Hunt down and add three Malty Slimes, stir. Boil for another week. Chill. Add two liters of yeast from a Sweaty Swamp Ogre (find them by following the stench of Musty Mangrove Moss), cover and ferment.

Dwarves are big on elevators, but not so much on free falling. It follows that they’d have their own takes on hellevators. For example, members of Clan Steelbrow prefer a traditional shaft dug straight down, straddled by a crane with a 300 meter rope, and nothing but a barrel to stand in. Needless to say, the barrel’s built-in bar is stocked with ale.

Don’t like the game? No worries, just buy it anyways and mod it to your heart’s content! 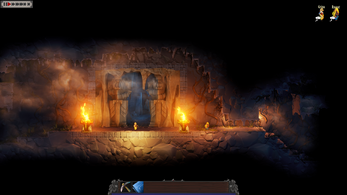 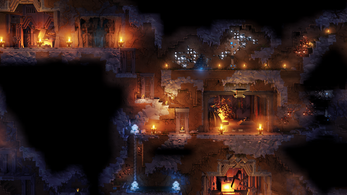 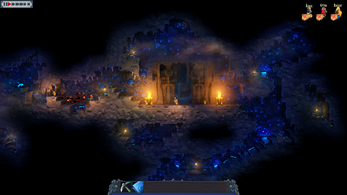 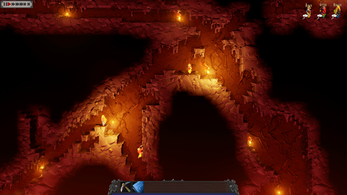